Last year I started documenting shutter art, particularly in East London.  And I started in Whitechapel with Toynbee Street, Commercial Street and those near Petticoat Lane. The work I found had been painted a year or so earlier.

Last week, when my morning work was cancelled, I used the time to have a dander round there to see what I could see.  And I noticed a significant number of new works had gone up while other works had vanished and not been replaced.

This work was painted by Dreph in October 2016.

And on the wall next to it was the fresh graffiti with older work from Louis Masai above. If anyone knows who the graff writers are please let me know and I will credit them. 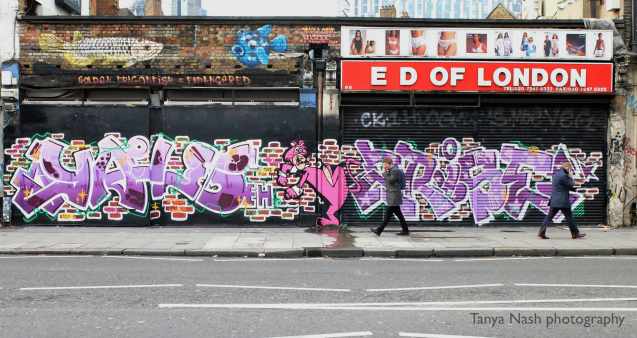 When I researched my 2015 posts,  Shutter art pt1 and shutter art pt2, I also discovered that there are plans to regenerate this area but no work has started yet. And this means that developers encourage fresh street art to create an interest in the area.

In February this year a new single work was painted.  This 200 m mural runs the length of Toynbee Street and covers 9 shop fronts.  Its virtually impossible to get a clear shot of this work thanks the cars that park here. But these two photographs give you a sense of scale though. And shows how the street looks much tidier now.

Artist: ThisOne. Looking down to Petticoat Lane in the distance (photographed 22 Nov 2016)

Even this graffiti on the corner has been cleaned up. In the first shot, from February this year, the two figurative works by Joyce Treasure were added to the graff from last year, along with the paste-up in the right hand corner.  But only the central face remained last week. 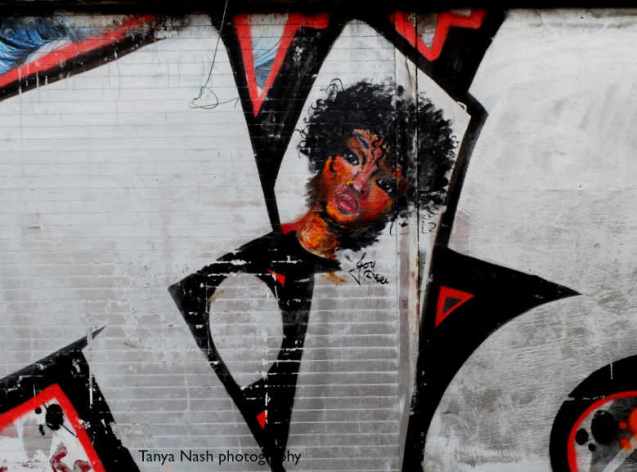 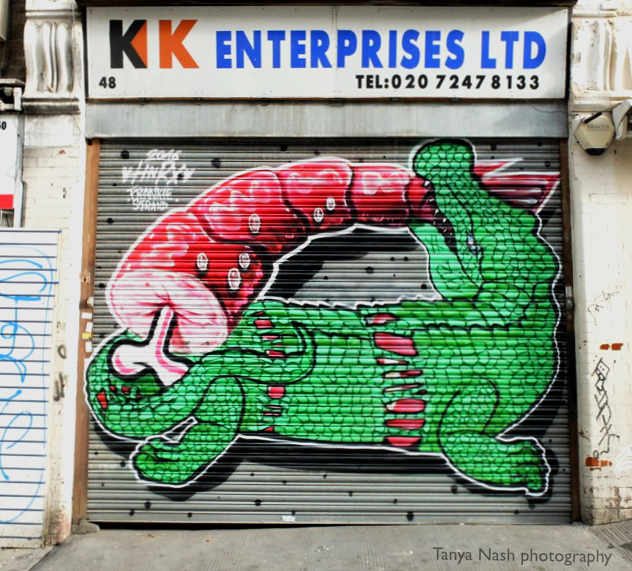 Some of Goulston Street at the Aldgate East End has already been demolished for new building works.  So we await changes to this area too.

3 thoughts on “New shutter art in Whitechapel, around Petticoat Lane 2016”