Two weeks ago, as I made my rounds looking for new street art I spotted this. And I was shocked because ever since I’ve been visiting Shoreditch, the shop front that has been synonymous with Sclater street and its street art is Shoreditch Junk.  And now it had gone! 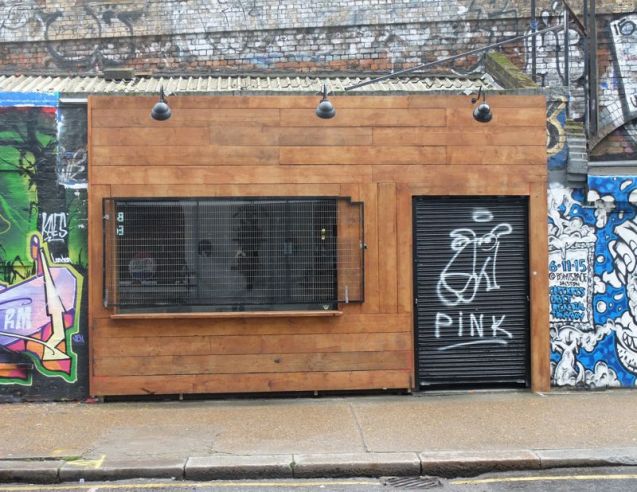 Shoreditch Junk sold brick-a-brack, clothing and antiques. I never went inside because I didn’t need what they sold but I loved its authenticity. Shops which are a genuine collection of old stuff are hard to find now. Most are contrived to look like that but they are often full of new things or over priced as vintage.  Currently, if you do a google search Shoreditch Junk still comes up on a number of London websites as a cool place to visit with high star ratings.

My first encounter with the shop was last year when I was tracking down images from Louis Masai’s ‘Save the Bees’ campaign.  And I was less than impressed when I found this.  One of the bees was hidden underneath this sign which was on sale from Shoreditch Junk. 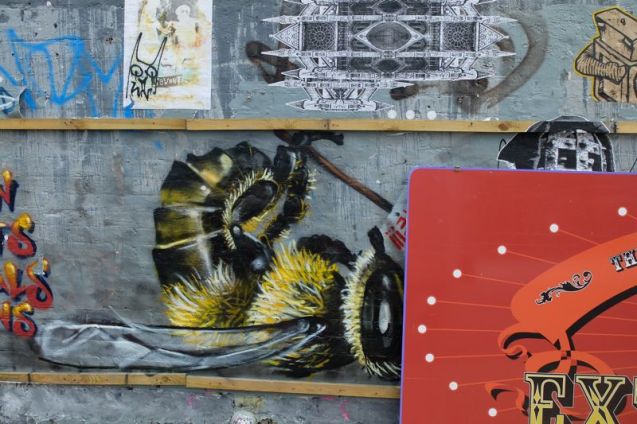 I paid little attention to the shop and left.  I returned a month later to find my missing bee.  And you can see the head and feeles of the first bee to the left of this photo. Interesting to note a slower turnover of street art that year compared to 2015.

The summer of 2014 was when I started paying street art serious attention. And I remember the day in this next photo very well. I was on my way to a great ROA show at Stolen Spaces Gallery and whilst I was waiting to meet my friend, I snapped a photo shoot taking place outside Shoreditch Junk.  I also noticed the owner who was enjoying the spectacle. And I discreetly included him in this shot. 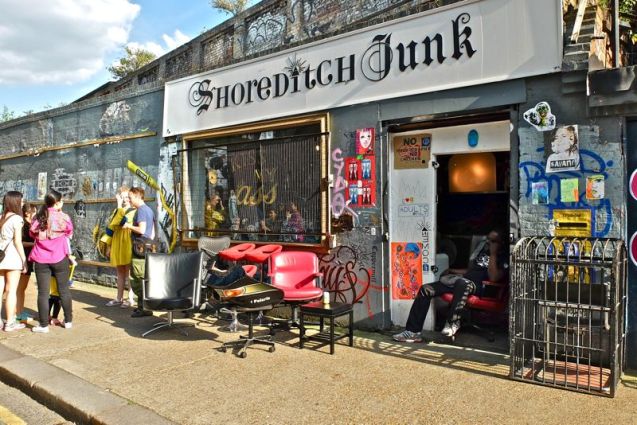 Once I realised that the shop had closed, I searched through my photo archive to see where else it had featured on my rounds of Shoreditch. And there were plenty of great images to share with you all. 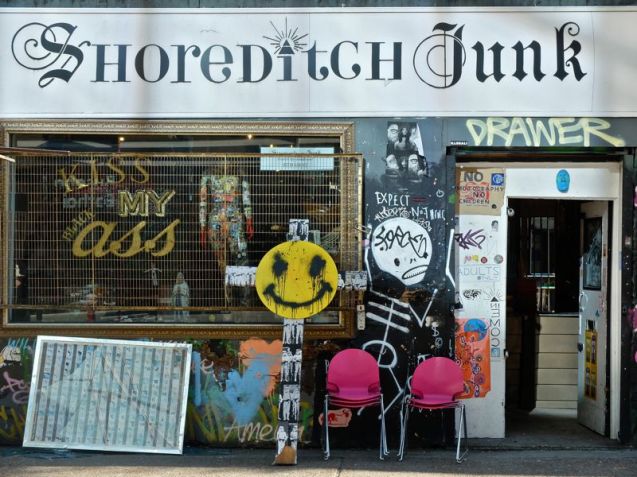 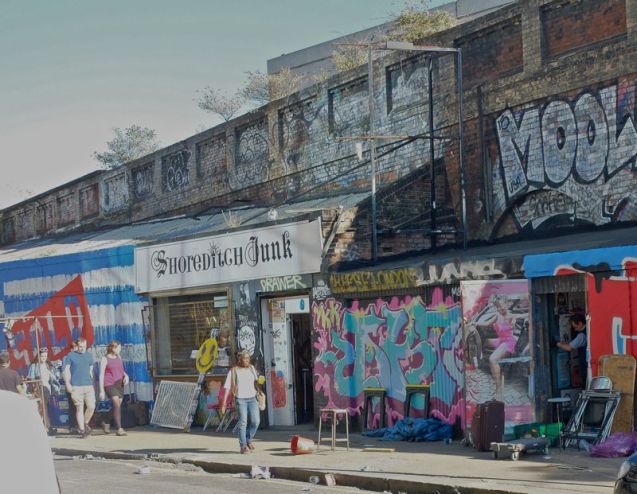 Artist Skeleton Cardboard was a big supporter of this shop and its from his IG account that I knew for sure that shop had closed. 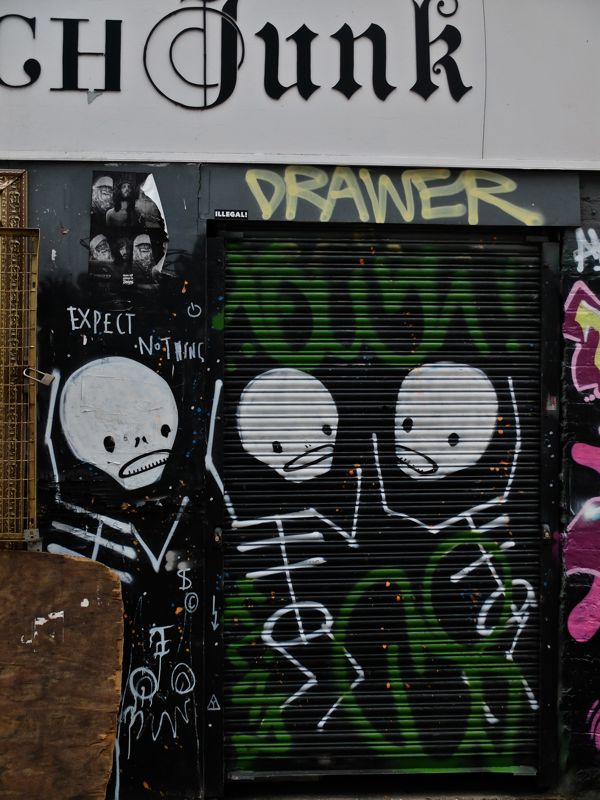 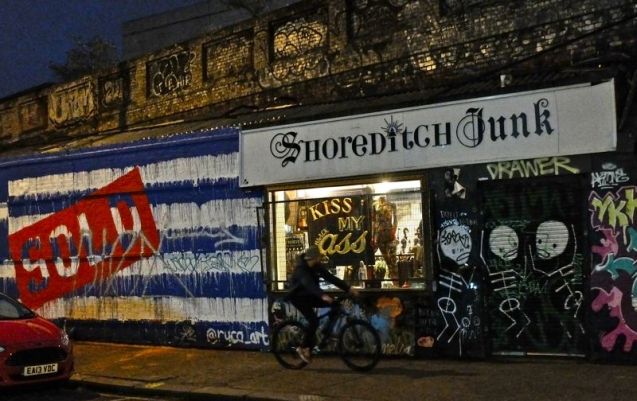 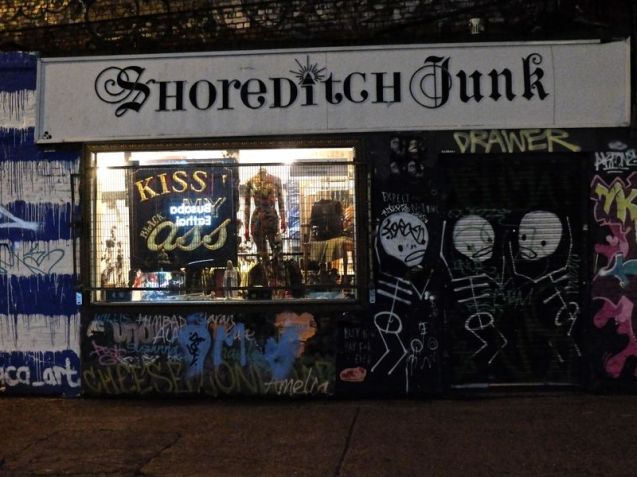 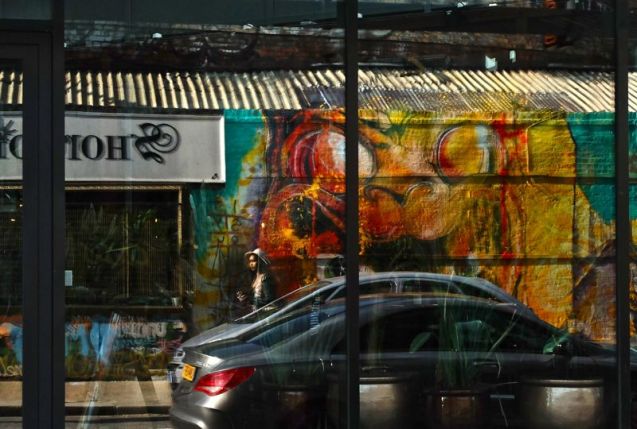 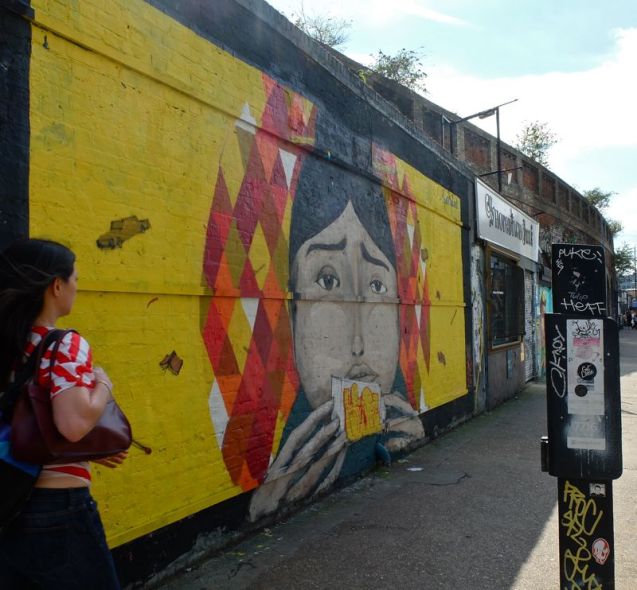 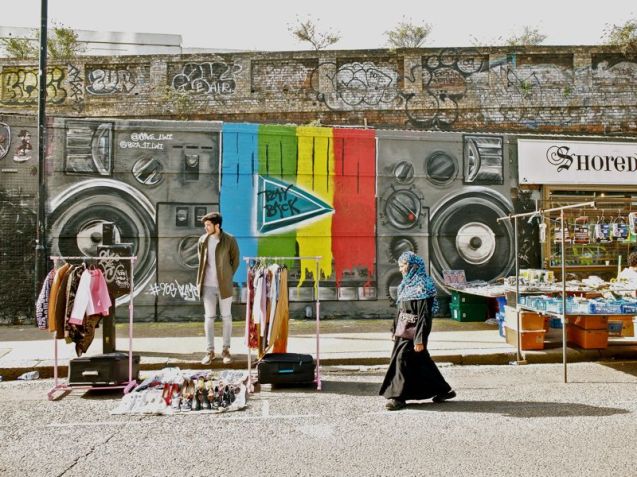 So what has replaced Shoreditch Junk?  I passed by there two days ago and snapped the new business. 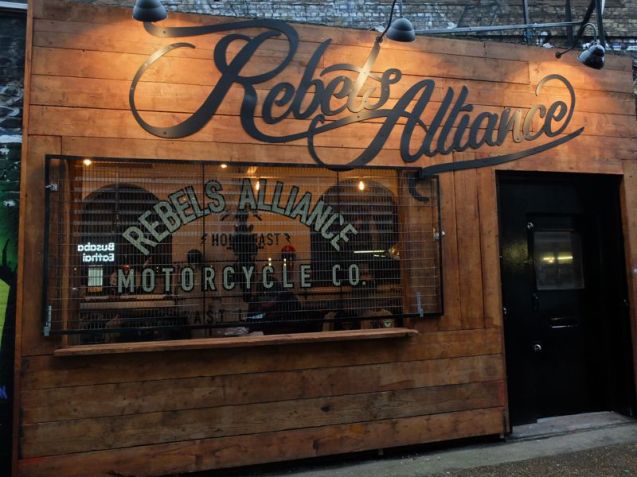 Be interesting to see won’t it, if this becomes a mecca for the biker community. (raised eyebrow in sarcasm smilie) It sure does change the look of this wall against the street art painted there. The character of Shoreditch is certainly changing now the money has found its way here.

Shoreditch Junk has not entirely gone.

From searching online I discovered that Shoreditch Junk closed in late October.  Skeleton Cardboard posted this on IG.  And also in May 2015, it opened in Upper Clapton, Hackney, London E5 at the old tram depot, now called The Depot.  And I think it is still there.  There is also a great collection of photographs from inside the shop in Shoreditch Junk on Flickr. And I now wish I too had been inside. 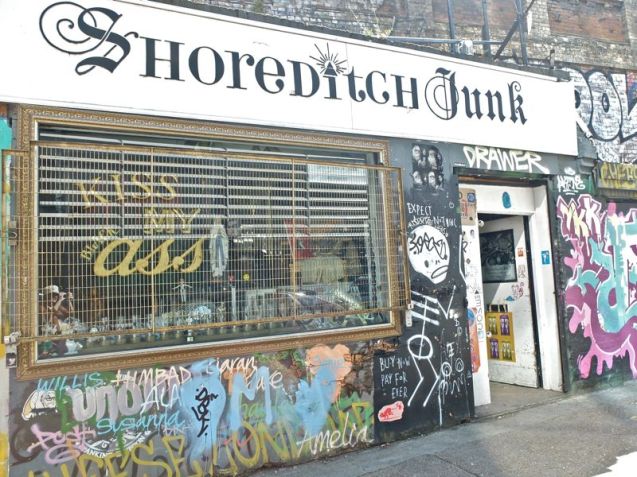 13 thoughts on “Shoreditch Junk; end of its Shoreditch era”