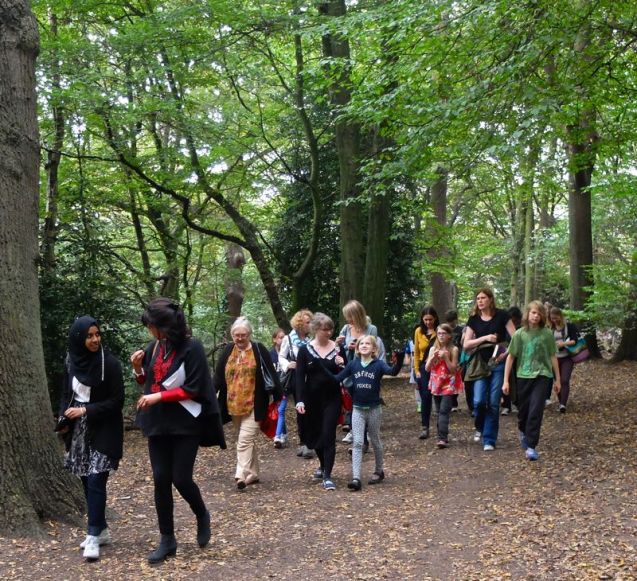 On Saturday I went on a walk in the woods, (Highgate and Queen’s Woods) with fellow fans of the author Sita Brahmachari, to celebrate the launch of her fourth novel for young people Red Leaves (published by Macmillan Sept 2014) 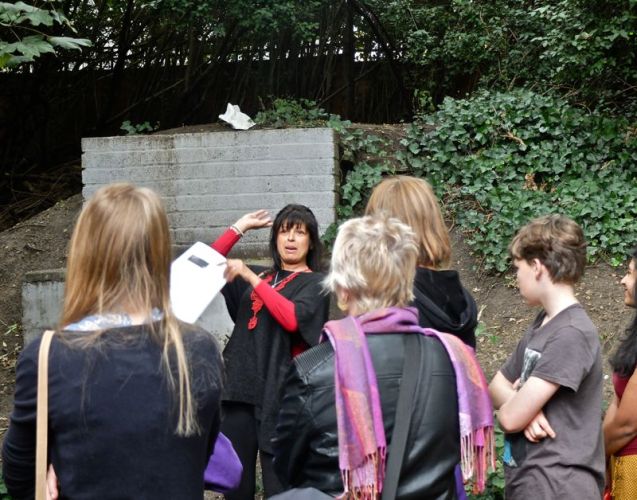 War and surviving war is a theme in this novel. And this bricked up WW2 air raid shelter inspired Sita with an idea of how to link 12 year old Zak, one of her young protagonist’s with a love of history, to the story of a soldier from that war.

And this fenced off conservation area in the wood sparked Sita’s imagination in another way. She used this as an area where magic and transformation could happen to her characters. But for the magic to work, she made sure that her characters left their electronic gadgets and phones behind. 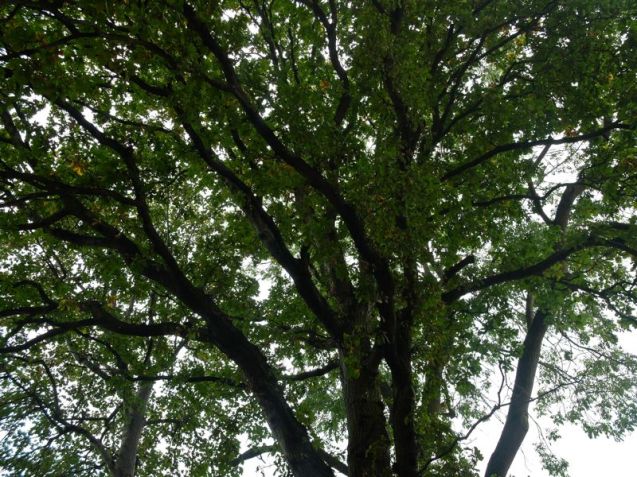 This is an elder tree. And we were told about the medicinal properties of the elder berry. Another main character in the book is an old homeless woman who lives in the wood called Elder. Her spirit protects the teenagers as they go on their journey. 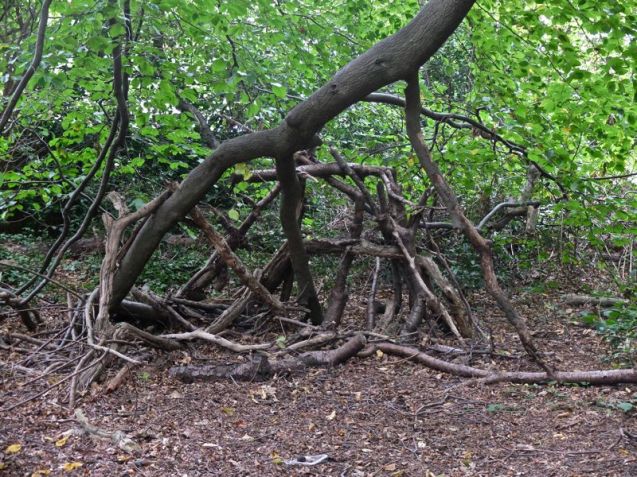 One of many woodland dens we saw. The story is about three teenagers who all runaway for different reasons. Aisha 13,  from Somalia,  doesn’t want to leave her lovely foster mother and live with another family from her country.  Zak 12, feels abandoned by parents who are getting divorced.  And Scottish Iona, 17 ran away some years before.  They all find sanctuary in the fictional Home Wood. 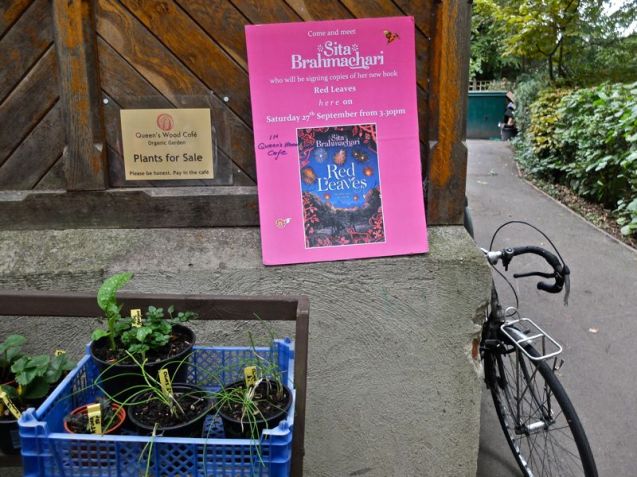 The walk ended at the delightful wooden chalet in the midst of Queen’s wood which hosts a café where we had scrumptious cake and elderflower cordial. 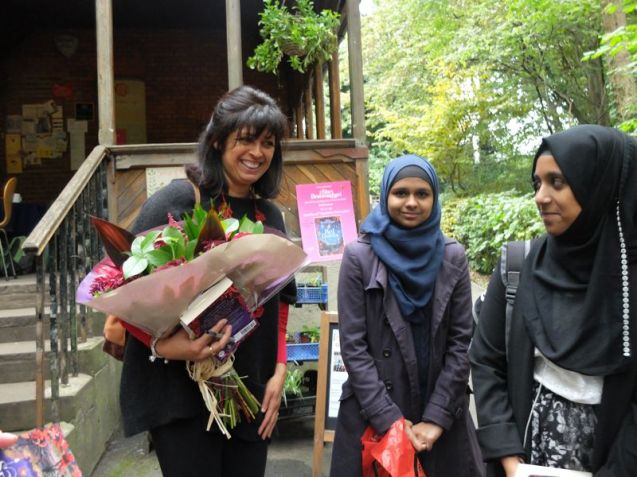 Sita with two young writers who very much enjoyed the walk. 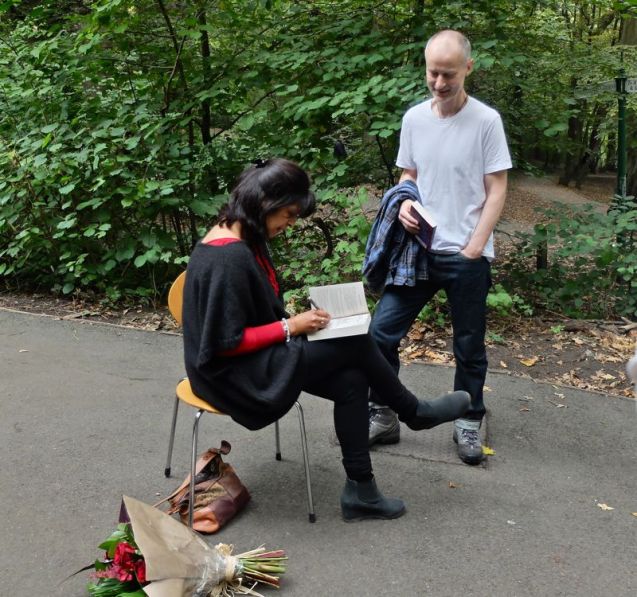 Author Sita Brahmachari signing a copy of Red Leaves for a fan.

The story touches on the themes of war, the nature of conflict, being a refugee and uses fantasy to work is charm. But rather than preach, the novel uses allegory to allow readers to draw their own conclusions. It sounds fascinating and I look forward to reading it.